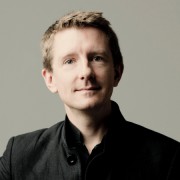 How did you end up playing the cello? I started on the violin when I was six but found it very frustrating as my sister already played the instrument much better than I could.  A year later, when I first tried the cello at our village primary school in Aberdeenshire, I was completely smitten – mainly because playing on the bottom string sounded to me just like a Land Rover starting up!

As a cello (and viola da gamba) player your role keeps constantly shifting. One day you are supporting the bass line, others you are part of the harmony and others you need to play the most difficult solo pieces. Is there a particular role you enjoy better? I feel very lucky to have such a variety of roles, often on different instruments, which all help me to get different perspectives on the music.  The difficulties involved in playing a concerto are obvious, but the craft of playing a bass line – which involves being responsive and flexible but also guiding the music with conviction – has particular challenges which I relish.  Playing middle parts, which I usually do on the tenor viol, is also great fun as one usually gets the juiciest harmonies.

The cello concertos you will be performing in August (Vivaldi) and September (CPE Bach) are very different. What challenges do each one bring? The Vivaldi C minor concerto is a wonderfully atmospheric piece, but it’s concentrated into a shorter and denser format so there is less time to develop the musical ideas: one has to grasp each character quickly before it changes again.  The CPE Bach concerto, on the other hand, is conceived on a bigger scale and uses a much greater range of the instrument.  The fastest movement is the last, so the challenge is to pace yourself so that you have enough energy left for the tiring passagework that comes just before the end.

What’s your idea of perfection? As I’m writing this in the middle of a heatwave, my idea of perfection right now would be standing on top of a mountain in Sutherland with a fresh sea breeze blowing in my face…

What living person do you admire the most? David Attenborough, who has done more than anyone in the last 50 years to raise awareness of the importance and extraordinary variety of the natural world.

What is special about working with the Dunedin Consort and John Butt? One of the things I appreciate the most is the working atmosphere in the group: the focus is always on the music and how we can best serve it, rather than on personalities and politics.  I’m sure we are all infected by John Butt’s generous, inventive and open-minded spirit, which helps us all to feel involved in the delight of ‘rediscovering’ the music.  I find it fascinating that pieces I’ve played hundreds of times before can seem so fresh and vivid when we’ve worked on them with John.  And his razor-sharp wit keeps us all amused, which is an added bonus!