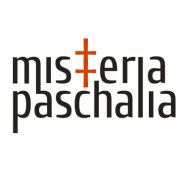 Fast developing a reputation as one of Europe’s leading Baroque festivals, Krakow’s Misteria Paschalia Festival has announced John Butt as its Residing Director for 2018.

The 2018 festival will focus on music from the British Isles, with the Dunedin Consort playing a central role in a series of concerts in March and April.

For more details about the festival and to view the full programme of events, visit the Festival website.