Breaking the silence — back to the concert hall

After six long, quiet months in lockdown, Dunedin Consort made its much anticipated and emotionally charged return to the concert platform on 14 August, hosted by Les Heures Musicales de l’Abbaye de Lessay in the beautiful village of Lessay, Normandy. After many months of cancelled performances, it promised to be a special occasion. But it turned out to be far more eventful than any of us could have predicted. Viola player, Jordan Bowron, reflects on our socially distanced journey…

As freelance musicians, we are no strangers to the necessity of travelling for our work. However after six (long) months of complete silence — thanks to the Covid-19 pandemic, which has dealt a severe blow to our industry and left the vast majority of musicians completely jobless for a terrifyingly prolonged period — the prospect of having to pack a suitcase for three nights away seemed a dauntingly arduous yet thrilling task. 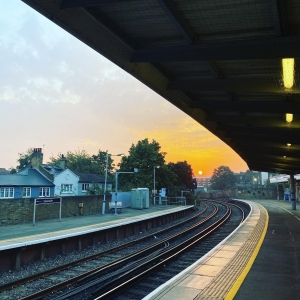 An early start for our journey to France

The first day of the project began with a travel day — we took the first Eurostar from London St Pancras to Paris, a short metro transfer and then an SCNF train cross country from St Lazare to Carentan. Other than a lengthy delay caused by a broken down train on the French leg of the journey, everything went more or less as planned, and we arrived in Lessay in the late afternoon with time to freshen up at the hotel before a short evening rehearsal in the Abbaye de Lessay. 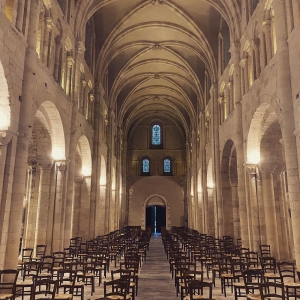 Now the new norm, we entered the Abbey in Lessay with face coverings and hands freshly sanitised. On approaching the stage, we got a glimpse of how things are to look for the foreseeable future of distanced performing. The new performance guidelines mean we must be separated by two metres when playing, which presents some initial challenges when it comes to listening to one another and maintaining sight lines. However, it is part of our job as musicians to adapt to new spaces, acoustics and various testing conditions, so thankfully these challenges felt short lived. The rehearsal began in the usual way, with everyone tuning their instruments, warming up, checking their music etc. But then, as we started to play, the Abbey was filled with a glorious and warming embrace of sounds and colours, along with a collective and unanimous surge of longing and peculiar familiarity. 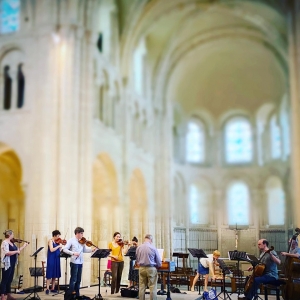 Rehearsing in the beautiful Lessay Abbey

After another day of rehearsals the group was high spirits, and we were all looking forward to the next day when we would finally get the chance to perform in front of a live audience again. But later that evening, the news arrived from the UK government that France would be added to the travel quarantine list and that we would all need to spend two weeks in self-isolation upon our return to the UK. After more than a week of speculation in the press, it was not entirely unexpected — but having come this far, it was a frustrating blow. We now faced the gut-wrenching decision of whether to stay in France and continue with the next evening’s performance, or cancel the concert and travel home before the quarantine came into force. With the decision made to honour our commitment to the festival and go ahead with the concert, the next unenviable task was to see if there might be a way to go ahead with the performance, while also returning to the UK before 4am. It is safe to say, that every single option was considered… 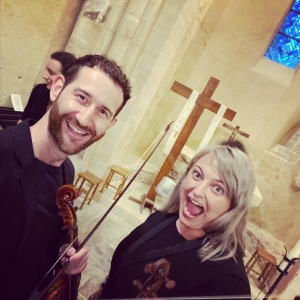 Returning to live performance is exciting!

The evening of the concert arrived, and there was definitely a collective feeling of highly charged excitement, nerves and adrenaline — feelings which aren’t particularly unfamiliar to us, but which felt very different to usual! On hearing the welcoming and rapturous applause, we walked onto the platform wide-eyed and never more ready to play. We presented an enchanting programme inspired by the voices of nature — Telemann’s swashbuckling Water Music suite, chirping birds from some of Handel’s most popular arias, Scarlatti’s lesser known cantata Bella Madre de’ fiori (‘Thou lovely mother of flowers’, featuring soprano Rachel Redmond) and the virtuosic autumnal frivolities from Vivaldi’s Four Seasons (with violin soloist Huw Daniel).

Performing once again with such awe inspiring musicians, colleagues and friends, creating something so powerful and communicative after such a prolonged silence, is a feeling that I will cherish for a long time. After weeks of uncertainty, difficult questions about the survivability of our industry and with our livelihoods stripped bare in a matter of days, being able to return — however briefly — to something that we have all given so much of our existence to was a lifeline for which I will always be so grateful. 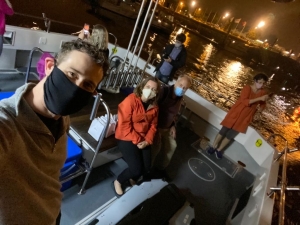 Aboard Valkyrie VIII — our passage home

Not minutes after we came off stage, a group of (8 out of 14) us scrambled onto a minibus to travel an hour up to the coast to Cherbourg, where a privately chartered fishing vessel was waiting for us. This was the fruits of a frantic morning, miraculously orchestrated by the Dunedin management. Anxieties aside, we boarded the boat and after a short yet informative safety brief we set sail and were on our way back to the UK just before midnight. The crossing was very comfortable, with ample space in the cabin for us to snatch some sleep, and and space outside to take the air and enjoy the utter pitch-blackness in the middle of the Channel. Arriving shortly before 4am, setting foot back on UK soil never felt so comforting. We then boarded a small minibus which took us swiftly back to Central London, where we bid a fond farewell to each other, until we can play together again.

As self-employed musicians, Covid-19 has had a devastating impact on our industry. Almost all of our work this year has been cancelled, and most of us have received very little, if any, financial support. It has been complete and utter silence for an incomprehensible period of time. Creating music is not just a means for us to make a living, it also allows us to contribute to society in a positive way, and when this ability is taken away from us, we are left with a deep void that almost nothing can fill. The last six months having plunged many people into circumstantial despair, so getting back on the concert platform — and in this case getting back swiftly and safely — was imperative. Our first post-lockdown concert became memorable in more ways than we could have ever imagined — just another surprising and challenging twist amidst one of the greatest challenges the classical music industry has ever faced. 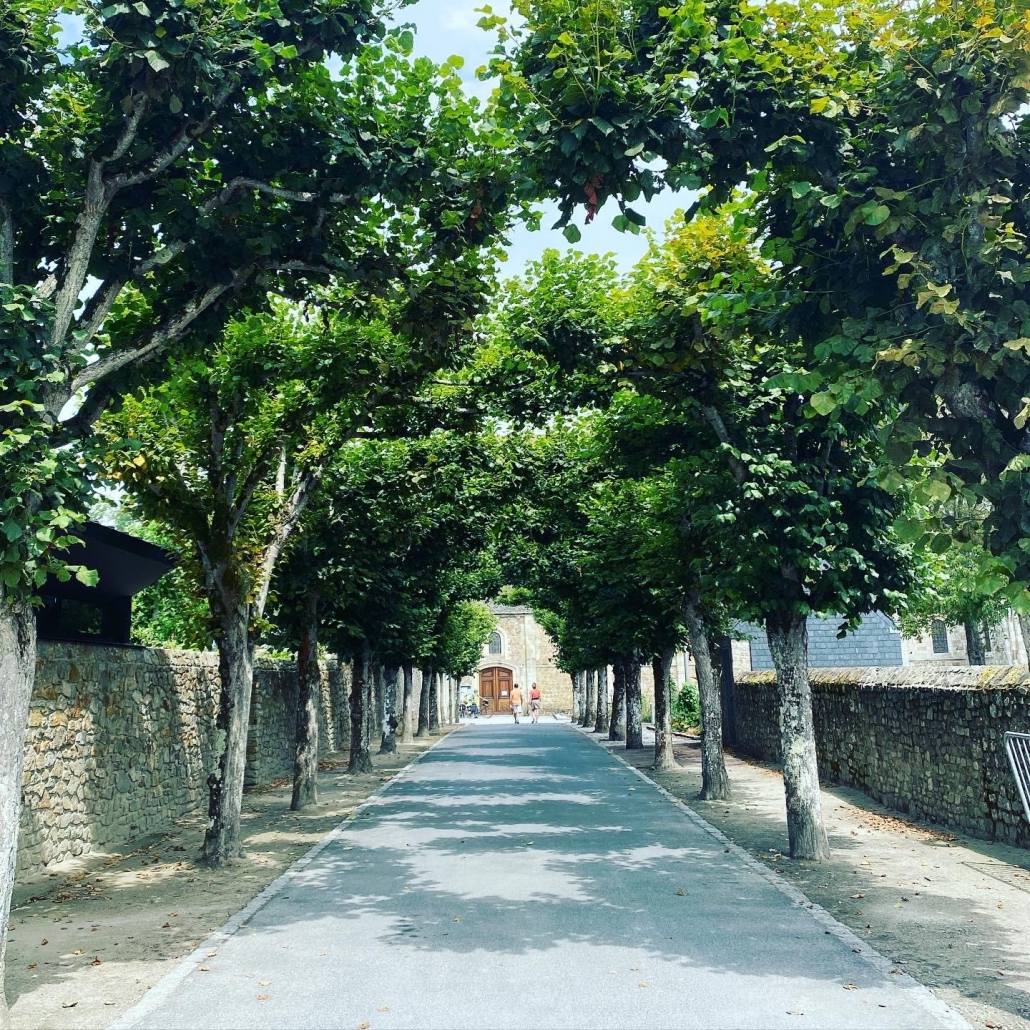 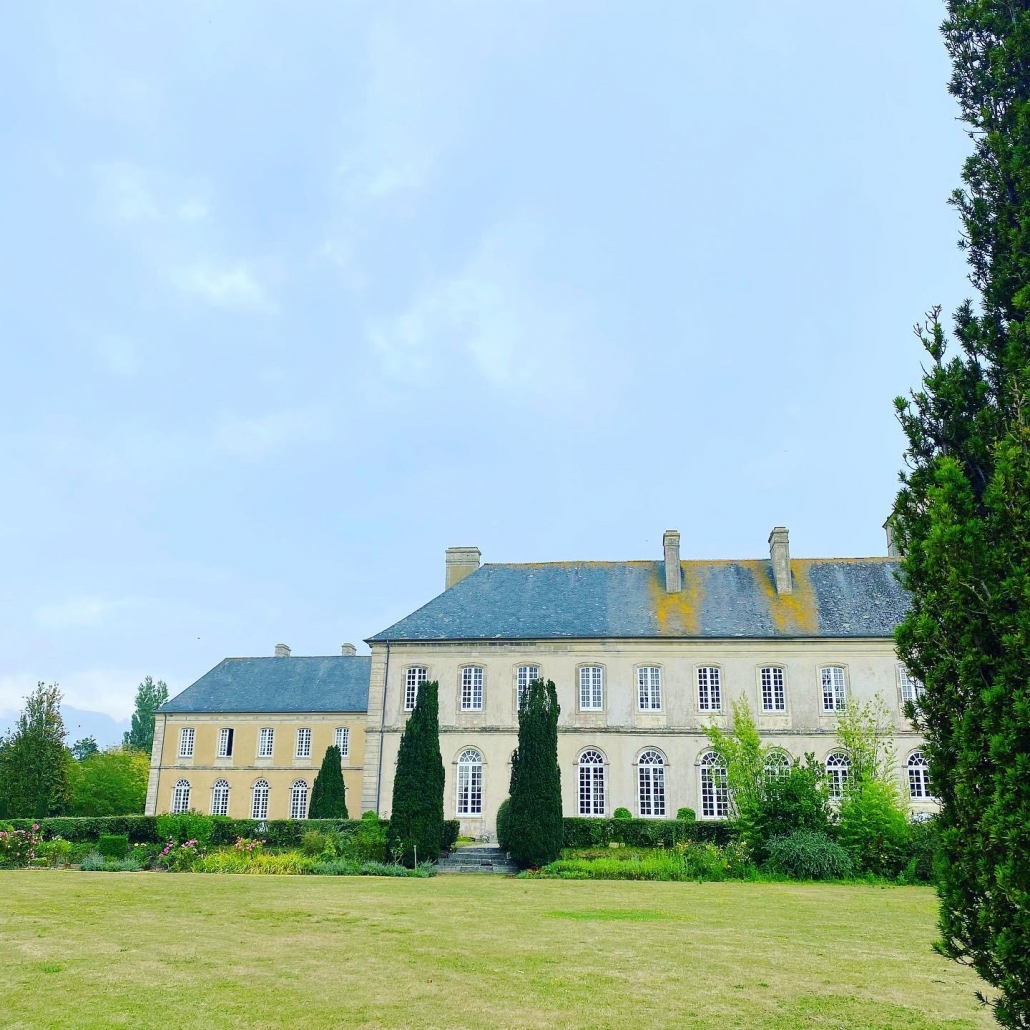 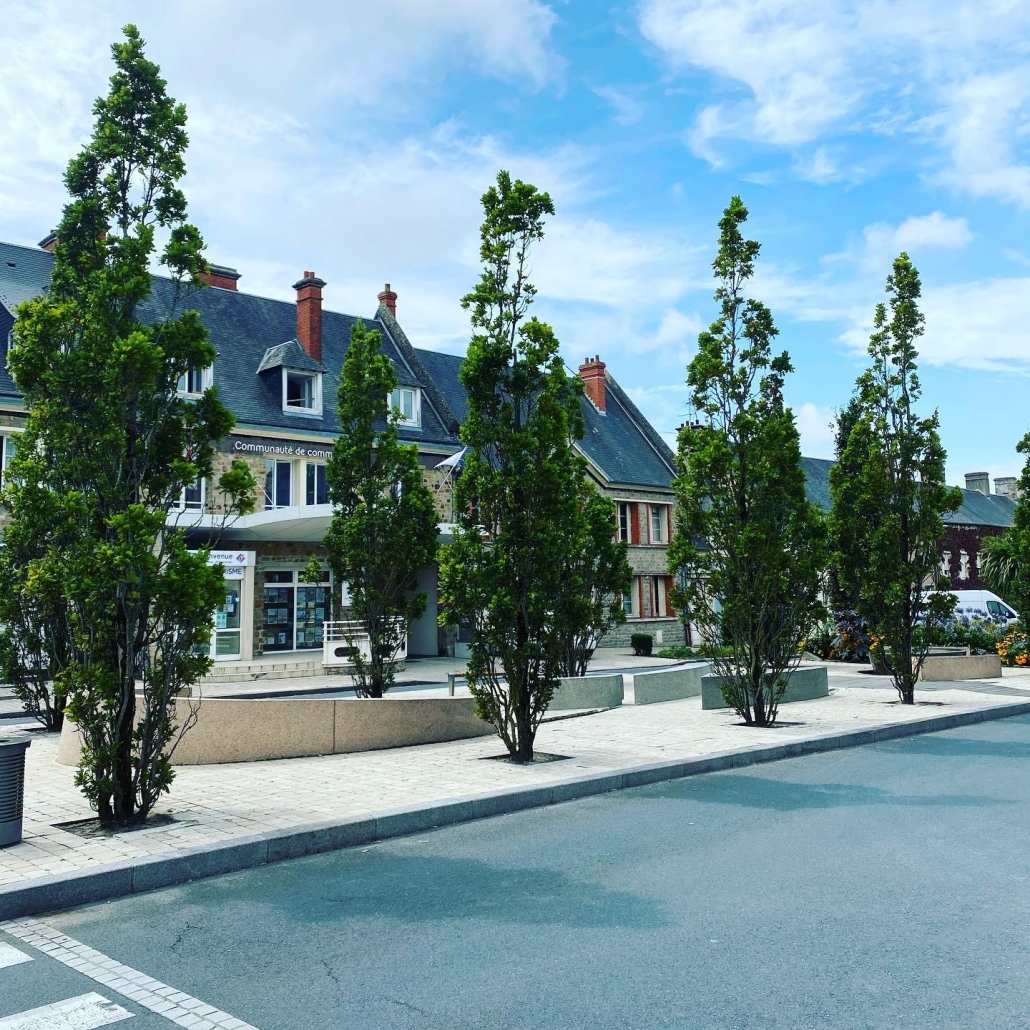 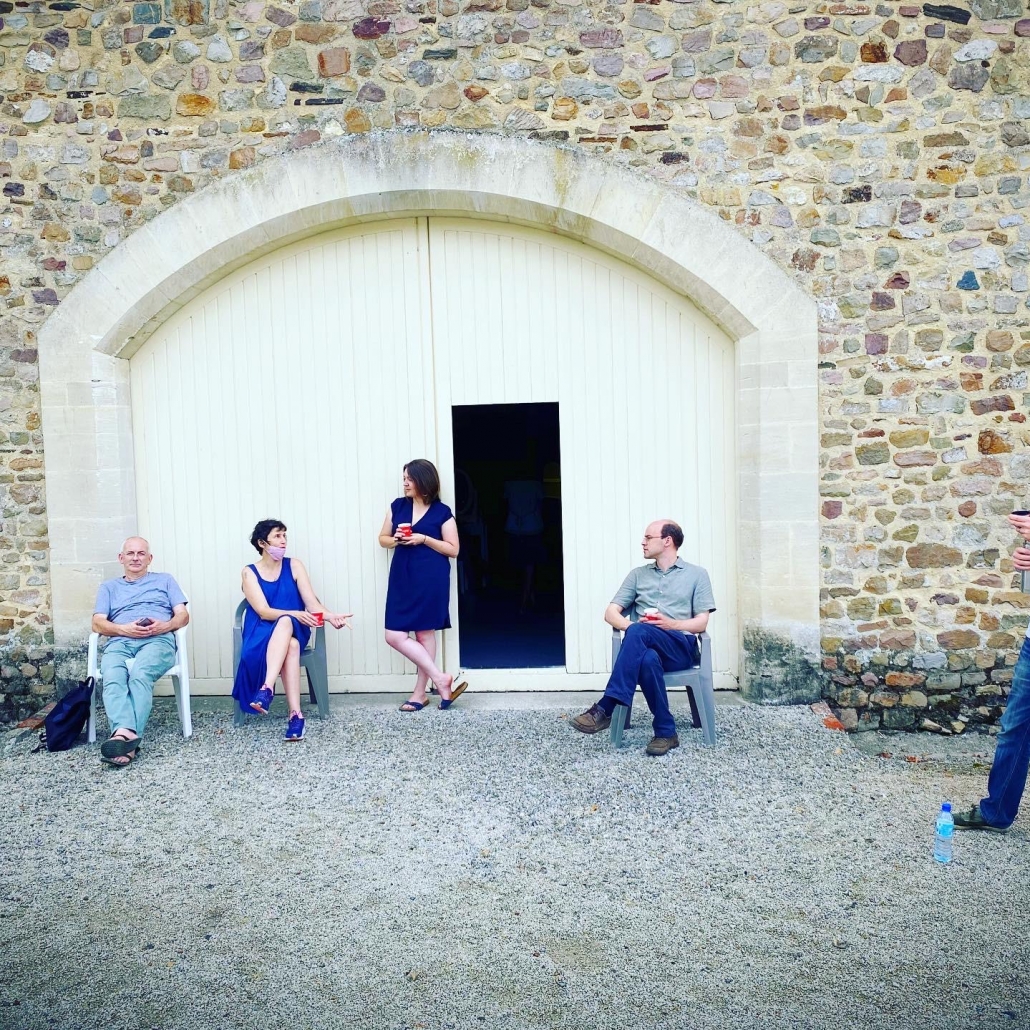 Alex McCartney – Introducing the Theorbo (and Other Lutes)