American tenor Zachary Wilder is recognised for his work in repertoire from the 17th and 18th centuries and is sought after on both the concert and operatic stages on both sides of the Atlantic. Having studied at the Eastman School of Music and at the Moores School of Music, University of Houston, Zachary subsequently moved to Boston after the beginning of his ongoing collaboration with the Boston Early Music Festival and a summer of studies as a Tanglewood Music Fellow. 2010 marked Zachary’s European debut as Renaud in Lully’s Armide on tour with Mercury Houston at the Théâtre de Gennevilliers. The following year brought him back to France to the Festival d’Aix-en-Provence as Coridon in Händel’s Acis and Galatea which subsequently toured to La Fenice in Venice. Zachary relocated to France after he was chosen by William Christie in 2013 to take part in Les Arts Florissants’ prestigious academy for young singers, Le Jardin des Voix.

Recent projects include a tour in France with Raphaël Pichon and Ensemble Pygmalion, Everardo in a staged production of Zingarelli’s Giulietta e Romeo with the Heidelberg Philharmonic Orchestra, Händel’s Messiah with the San Francisco Symphony Orchestra, the Shepherd in a European tour of Monteverdi’s L’Orfeo with Les Arts Florissants, Eurimaco in Monteverdi’s Il ritorno d’Ulisse in patria and Lucano in L’Incoronazione di Poppea on a seven month tour with John Eliot Gardiner and the English Baroque Soloists, marking the 450th anniversary of the composer’s birth. 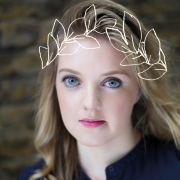