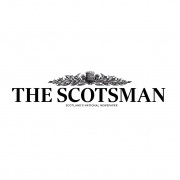 Interview with Chief Executive Jo Buckley in The Scotsman.

The ensemble is thinking big according to new chief executive Jo Buckley, who is honest enough to suggest that the 2018 scare “was actually one of the best things that happened to us.” Whereas two years ago Dunedin were playing around 25 concerts a year, there will be 40 performances this season. “We’re not just back to where we were, but the scale of activity has increased enormously,” says Buckley.

The new season brochure says it all. On the cover, a flautist plays precariously on top of Salisbury Crags. Elsewhere violinist Sarah Bevan-Baker is pictured jetting off Calton Hill like Superwoman. Stephan Farr attempts to stem the Atlantic waves at Calgary Bay on Mull, Canute-style, with a part-submerged harpsichord.

How Lonely Sits the City – Online Broadcast – The Scotsman Review