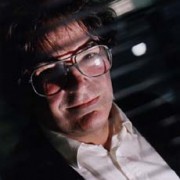 We speak with Simon Frith who will be introducing the discussion at our first coffee concert series! John Butt will join him to discuss along with the audience and musicians some of the issues raised.

Please could you tell us a bit about yourself and what you do.   I’m the (semi-retired) Tovey Professor of Music at the University of Edinburgh.  My main academic duties now are supervising PhD students and running a popular music research seminar.  I’m also at work on the second volume of a three volume history of live music in Britain since 1950.

It’s fair to say that you’ve had quite an unconventional career for a ‘musicologist’. Please might you tell us a bit about your background and how it informs your current research?   I’m a sociologist rather than a musicologist, so my interest has always been in the meaning of music as a social and cultural practice, rather than the analysis of musical forms (though the distinction between text and context is also something that can be examined and understood sociologically!)

In the past, you’ve written extensively and perceptively on a wide range of socio-cultural issues relating to popular music. How far does this relate to classical music’s role in contemporary society?   From a sociological perspective, all musical practices are open to the same kind of analysis and, indeed, one interesting question is why and how the distinction between ‘high’ and ‘low’ music in contemporary Western societies was first established and is now maintained.

Do you have (or have you had) any particular personal reactions or connections to Bach’s music?   Other than that I’ve always liked listening to it…. no

This project is boldly entitled Why we should be frightened by Bach (And why we’re not). Can you outline some of the reasons why Bach has become such a significant cultural figure, since the ‘rediscovery’ of his music in the nineteenth century?   What interest me here is a kind of double process in which, first, a music which has a religious function became a form of entertainment (people listening to Bach for pleasure; Bach concerts and recordings commodities for sale) and, second, that such entertainment came to be seen as offering a quasi-religious experience — a kind of transcendent uplift — which differentiated it from other forms of commercial musical entertainment (this is true for classical musical ideology generally — see below — but Bach’s music became particualrly important for this from the mid-19th century onwards).

To a significant extent in your writings — as both an academic and journalist — you’ve engaged with academia and ‘high’ culture’s difficulties in taking popular music seriously. How do you think that this might relate to some of the assumptions of earlier classical repertories?   An important strand of the thinking which created the high cultural ideology of the 19th century (the ideas of individual genius, the canon, silent listening, etc, etc) was the need to differentiate aesthetic experiences along class lines while also suggesting that the meaning of real art somehow transcended its social circumstances. To suggest that what we now call classical music (and its audience) was ‘serious’ in this new way necessarily implied that other kinds of music practice (and audience) could not be taken seriously.

Do you think it’s helpful for an audience to try and understand the creative contexts for historically distant repertories – for example, in this case, in relation to Bach?    I don’t think it’s necessary to have particular musicological or historical knowledge of Bach’s creative practice in order to enjoy listening to his music, but I think it’s helpful to have such knowledge when discussing why and how we enjoy listening to it (just as such knowledge is important for the musicians who have to make — and justify if only to themselves — performing decisions).

What do you think is particularly helpful or special about approaching Bach’s music in this format?   This format would be great for any kind of musical performance–we still know remarkably little about how people actually listen to and make sense of music–but it’s particularly interesting for Bach, partly because his music obviously raises interesting questions about the relationship of religious and aesthetic experience and partly because the music itself was first composed and heard when such questions about the nature of individual belief were of wide public concern.

Coffee and Enlightenment – The Herald Review
Scroll to top