Cecilia McDowall
I know that my redeemer liveth

Dunedin Consort’s strapline, ‘Hear things differently’, isn’t just a piece of marketing-speak — it is an objective and a mantra that we try to bear in mind across all of our activities — in concerts, recordings and learning and participatory events alike. We are determined that, as well as being of the highest standard, all of our performances should offer listeners compelling musical experiences and present fresh perspectives on familiar music. In putting this programme together, we have kept this ambition in mind throughout — from conception through to recording.

Although this programme was conceived long before the present lockdown, in juxtaposing music by the sixteenth-century composers Orlande de Lassus and William Byrd with works by contemporary composers (including the world premiere of a new work we have commissioned specially from Ninfea Cruttwell-Reade), we found ourselves offering a meditation on the relative emptiness that has characterised our city centres over the past few months. For many of the singers involved in this programme, this recording was the first time they have sung together since March. There is something intensely poignant in hearing different, independent voices coming together in the Renaissance polyphony —particularly since the singers are spatially separated by two metres — and in the way they collectively articulate first-person texts, such as the third section of Lassus’s setting of the Lamentations.

Towards the end of his life, Orlande de Lassus was already being celebrated across Europe as one of the most capable and versatile composers of all time. For the last 30 years of his career, he was employed as director of music at the ducal court of Munich, where he produced a significant body of liturgical music. However, he was also highly regarded as a composer of secular music, with his madrigals and vernacular song settings pushing at the limits of contemporary musical boundaries, and exploring new ways of setting texts for vocal ensembles.

The five poems that make up the Lamentations of Jeremiah appear in the Old Testament. They mourn the destruction of the city of Jerusalem by the Babylonians, which occurred during the 580s BC. The Lamentations were subsequently adopted by the Christian church as part of the Holy Week liturgy, and the texts regarded as prefiguring the treatment of Christ, with the city of Jerusalem as an allegory for his body. While Renaissance liturgies for Holy Week typically eschewed complex polyphonic music, composers were allowed an exception for the Lamentations, resulting in some of the most exquisite vocal music in the repertoire. Even the Hebrew numbers that preface each section were set with careful musical attention.

Lassus composed two sets of Lamentations, for four and five voices respectively. In this performance, we perform the three sections that make up the five-voice setting for Maundy Thursday. For the most part, Lassus stays well within the stile antico, pondering the text’s resonances in a traditional but deftly crafted imitative framework. While he does not resort to any of the pictorial devices of his madrigalian style, the three sections offer a powerful meditation on the themes of loneliness and despair associated with seeing the desolated city.

Cecilia McDowall studied at the University of Edinburgh. Her vocal music has a distinctive style that fuses well-defined individual melodic lines into an arresting harmonic soundworld. I know that my redeemer liveth was commissioned by Epsom Choral Society to be performed alongside Brahms’s Ein Deutsches Requiem. At the premiere of Brahms’s work in Bremen in 1868, the church authorities insisted on the inclusion of Handel’s setting of the same text from Messiah, providing the inspiration for McDowall’s piece. Amidst a series of held drones, individual melodic lines spontaneously arise and dissipate, and are gradually extended into longer lines. The climax comes in a slightly faster central section, with the voices imitating one another with the line ‘For now is Christ risen’.

Ninfea Cruttwell-Reade is an Edinburgh-based composer and cellist. She studied at the University of Oxford and the Royal Academy of Music, and is currently completing a doctorate in Music Composition at Princeton University. Ninfea is a composer-in-residence at Glyndebourne, and her work is supported by the PRS Foundation’s Composers’ Fund.

Vigil I was commissioned by Dunedin Consort in 2020 specially for this programme. It sets the first poem in the sequence Vigilien by Rainer Maria Rilke. These poems were published in Rilke’s Larenopfer (1895), a cycle of 90 poems that turn their gaze towards Rilke’s native city of Prague at the close of the nineteenth century. The first poem in Vigilien speaks of dusk becoming night — of an atmosphere that is charged, wakeful, and expectant.

Ninfea’s composition employs both Rilke’s German text and an English translation by Jessie Lamont from 1918. Three vocal quartets interweave the German and English texts, making references to textures inspired by Lutheran chorales. Click here to watch a pre-concert conversation, in which Ninfea discusses the work with conductor Nicholas Mulroy.

Rudolf Mauersberger was one of the foremost German choral conductors and composers during the years between the two World Wars. From 1930, he was director of the famed Dresdner Kreuzchor, and in 1933 was compelled to join the Nazi party. However, there is a significant body of evidence demonstrating that he attempted to limit Nazi ideology among the boys, and he continued to give performances of works by composers whose music was prohibited, including Mendelssohn, as late as 1938.

Mauersberger composed his motet Wie liegt die Stadt so wüst across Good Friday and Holy Saturday in 1945, following the devastating bombing of Dresden that had been carried out by the Allied Forces some six weeks previously. Taking words from the Lamentations that refer to God’s destruction of the city of Jerusalem, Mauersberger’s work acquires an even greater impact with the knowledge that the end of the war was just six months away, and the extent of the damage and loss sustained by the composer’s own city (it is worth examining these documentary photographs ). While Mauersberger’s tonal language was audibly influenced by the German Romantic choral tradition, there is also the clear influence of medieval music, with the voices shadowing each other in parallel motion. This gives the music a haunting bareness and a sense of timelessness, as the voices ask for forgiveness and invoke God to ‘bring us back’ to him.

Widely known to have been a recusant Catholic, William Byrd composed a series of motets during the 1580s based on the theme of the destruction of Jerusalem. While much has been written speculating on the allusions of these in terms of Byrd’s own personal faith, there is no conclusive evidence either to support or disprove such readings. Regardless, Ne irascaris Domine and its accompanying second part Civitas sancti tui present an example of Byrd’s polyphonic writing at its most arresting. Opening with the lower voices at the very bottom of their register, Byrd paints the vivid imagery of the text by using a genuine musical chiaroscuro. While the majority of the motet is polyphonic, with the five musical voices engaging in an eloquent musical dialogue, at the climax (‘Sion, desert facta est’), Byrd groups them together into two ensembles, with the text clearly declaimed in block chords in a rare moment of unity, before the texture breaks down again into five discrete parts.

James MacMillan was born in Cumnock, East Ayrshire, and studied at the universities of Edinburgh and Durham. Steeped in his own Catholic faith, his music draws on the rich tradition of polyphony and plainsong that historically constituted the church’s liturgy. His music makes use of the same compositional techniques as Lassus’s and Byrd’s, giving each voice its own individual identity as well as a key part to play in the creation of larger-scale sonic tableaux.

MacMillan’s Miserere, setting Psalm 51, was commissioned for The Sixteen and Harry Christophers to be performed at the 2009 Flanders Festival in Antwerp. Scored in eight parts, it draws out the powerful emotions of the psalmist, with increasingly harmonically complex sections that successively explore grief, regret, remorse and — finally — hope. MacMillan’s work makes clear allusions to Gregorio Allegri’s famous setting of the same psalm, particularly in the chanted falsobordone sections, offering a moment of contemplative repose as the lower and upper voices exchange verses, and the short but athletic solo sections that follow. While the text journeys through some of the human psyche’s darkest places, MacMillan’s setting presents a deeply spiritual reading that ultimately concludes with redemption and a sense of palpable optimism.

Nicholas Mulroy
Born in Liverpool, Nicholas read Modern Languages at Cambridge and studied voice at London’s Royal Academy of Music. As a tenor, he has sung at Carnegie Hall, the Sydney Opera House, the Paris Opéra, and Boston Symphony Hall. He has sung Bach’s Evangelist, in both the John and Matthew Passions, with many of the leading conductors of the day, including Sir John Eliot Gardiner, Marc Minkowski, Richard Tognetti, Hans-Christoph Rademann and Laurence Cummings. He has been a frequent guest at Wigmore Hall, singing repertoire from Schubert to Stephen Hough, and from Purcell to Fauré. Nicholas has sung at opera houses including Glyndebourne, Paris’ Opéra Comique, Copenhagen, Toulouse. His discography encompasses music across seven centuries, including Handel’s Messiah and Acis and Galatea, Monteverdi Vespers, and Astor Piazzolla’s unique masterpiece María de Buenos Aires.

Alongside his singing career, over the last ten years Nicholas has developed his work as a director. He was Director of Chapel Music at Girton College, Cambridge (where he is now a Musician in Residence), and is Associate Director of the Cambridge University Chamber Choir, whom he has led in a wide repertoire, and his work as a guest conductor has taken him to the USA, Malta, Poland, and Spain. As a singer-director, he has performed Bach’s Passions, Purcell odes, Handel oratorios, and is devoted to the collaborative energy and artistic autonomy that this approach, at its best, brings. He has led Dunedin Consort in several programmes, and is delighted to be the group’s Associate Director, thereby extending a connection with the group that stretches back almost twenty years. 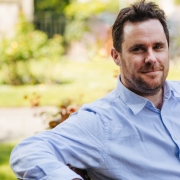 Ninfea Cruttwell-Reade
Ninfea Cruttwell-Reade is a composer and cellist based in Edinburgh. Composing for old, new, and damaged musical instruments, her past projects have included works for symphony orchestra, viols and theorbo, string and percussion quartets, a homemade glass harmonica, flower pots, and a fire-damaged piano.

Ninfea is a recipient of the Psappha Ensemble’s 2020-21 Peter Maxwell Davies Commission for which she is writing a piece for sitar and chamber ensemble. The project has also been supported by the PRS Foundation’s Composers’ Fund, enabling her to take sitar lessons with Jasdeep Singh Degun. She is currently a composer-in-residence at Glyndebourne and the Presteigne Festival’s ‘Evolve’ composer for 2020-25. In 2018 she was commissioned to write Table Talk, a large ensemble brass work for the Tanglewood Music Festival, and her composition Hatters was programmed at the festival the following year, performed by the Boston Symphony Orchestra percussionists. Her current commissions include works for the Chelsea Music Festival in New York, Glyndebourne Youth Opera, Edinburgh Youth Orchestra, and the 2019-20 LSO Panufnik Scheme. Five Letters from Aubrey Beardsley, her song cycle based on letters by the 1890s art nouveau illustrator, was shared online in 2020.

Trained in cello performance and the academic study of music, Ninfea holds degrees from the University of Oxford and the Royal Academy of Music in London. She is currently a doctoral candidate in music composition at Princeton University. 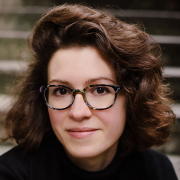