Alfonso Leal del Ojo grew up and received his initial training in Seville. In 1998 he moved to London where he studied at the Guildhall School of Music and the Royal Academy of Music where he specialised in period instrument performance.

He has been principal viola of The English Concert since 2006 and tours extensively with them throughout Europe, East Asia and North America. He is also principal viola of the Dunedin Consort and the orchestra of Classical Opera. In addition to his work with these ensembles, Alfonso is much in demand with other European groups, frequently appearing as a soloist or guest principal.

In addition to his performing work he has been the manager of the Dunedin Consort since 2010. During his leadership the group has released 10 recordings including a Gramophone award winning recording of Mozart’s Requiem. The success of their recording output has fuelled a significant increase of their profile both at home and abroad.

He appears on numerous recordings, many of them award-winning; his recording of Bach’s Brandenburg Concerto No. 6 with the Dunedin Consort was nominated for a Gramophone award and was Classic FM album of the week. Forthcoming recording releases include the Brandenburg Concertos with Concerto Copenhagen and Lars Ulrik Mortensen and Telemann’s Viola Concerto with the English Concert and Harry Bicket. 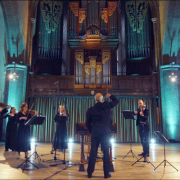 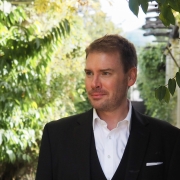 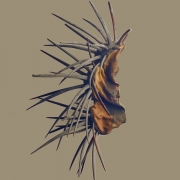